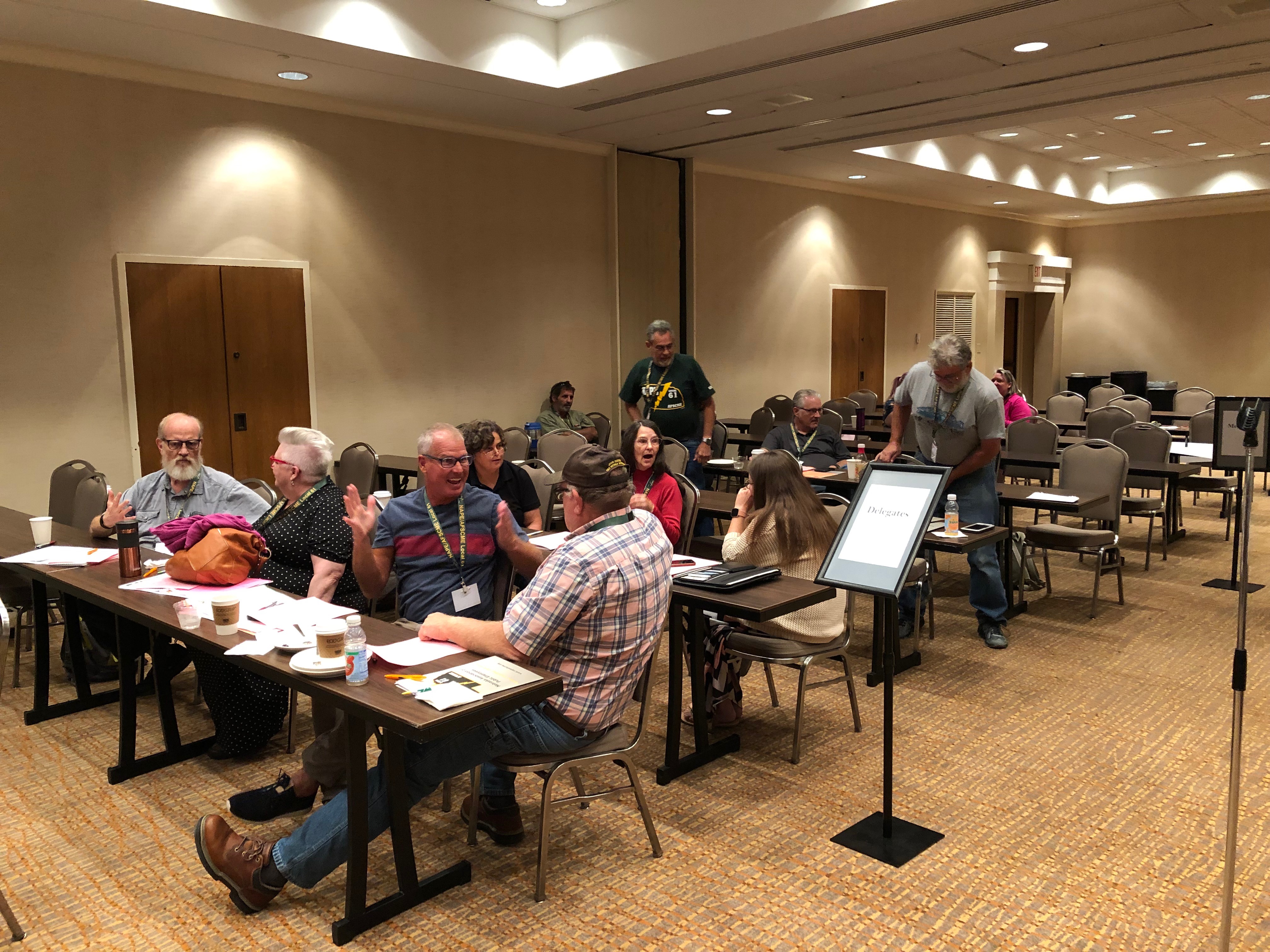 At-large (From any bargaining unit): 5 members

Nominations for the bargaining conference will be accepted beginning at 8am on February 3, 2020 until Noon on February 28, 2020. Members will receive an official election notice by mail in January. Nominations may be submitted by mail or online at www.napeafscme.org.

Ballots will be mailed to all union members on March 16, 2020 and must be postmarked no later than April 15, 2020. Results will be posted online no later than April 30, 2020. Delegates will be elected by a plurality of votes and those not elected will become alternate delegates in the order of the number of votes received.