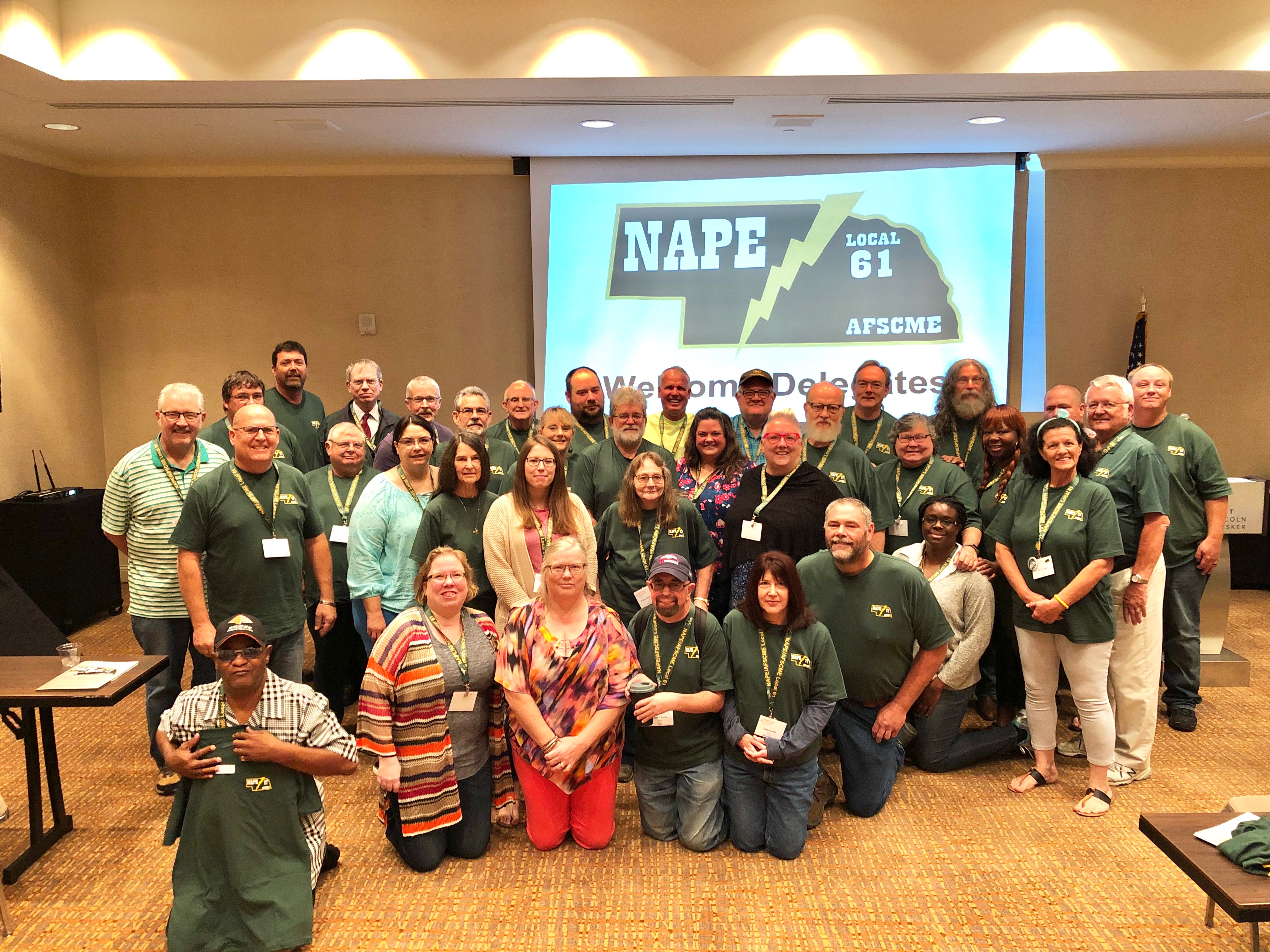 One of the most important functions of NAPE is to bargain with the State of Nebraska on behalf of thousands of workers who keep the State of Nebraska running. The time for negotiating a new contract is fast approaching, and the union is committed and working hard to look out for those workers’ interests and the interests of the Nebraskans they serve.

Americans and Nebraskans insist on democracy, in our government — from the town council to the Unicameral to the Congress, in governance of our public schools, in administration of our clubs, in many facets of our various faith traditions because we know it’s essential to being free and pursuing happiness. Why shouldn’t we also insist on having a voice in the places where we work and spend most of our waking hours? Our union models democracy in the workplace, in part by enlisting members of the union to direct the negotiation of a new contract.

Part of that process is the bargaining conference. The bargaining conference is the official meeting of the union where elected member delegates determine what items will be placed into our contract negotiations platform. In other words, it’s where union members work together democratically to secure satisfactory compensation and working conditions for themselves and their fellow workers.

Sixty NAPE members representing all eight bargaining units from Falls City to Chadron and everywhere in between were elected as delegates to the bargaining conference. At the conference — scheduled for July 17-19, these delegates will elect one member from each of the bargaining units and two other delegates at-large to form the negotiations team. The State Colleges will meet on July 25 and the Department of Education on August 1. Those groups will hold separate elections for negotiation team members.

These member delegates and the members of the negotiating teams are essential to winning a fair contract for the thousands of state workers who keep Nebraska working. Their commitment and efforts and the support and resolve of all NAPE members are what make our union NAPE strong and enable us to bring democracy with us to work.

Members will have the opportunity to become more involved in the negotiations process by attending an “appendix bargaining” meeting in August & September. All union members will receive an invitation to participate in their agency appendix bargaining meeting. Members can attend appendix meetings in person or by Zoom conference call. More information will be sent out in the next month.

If you’re not a member of the union yet, you can find information about membership and how to join our website. If you’d like to know more about bargaining or the bargaining conference, contact your local steward or get in touch with NAPE headquarters.