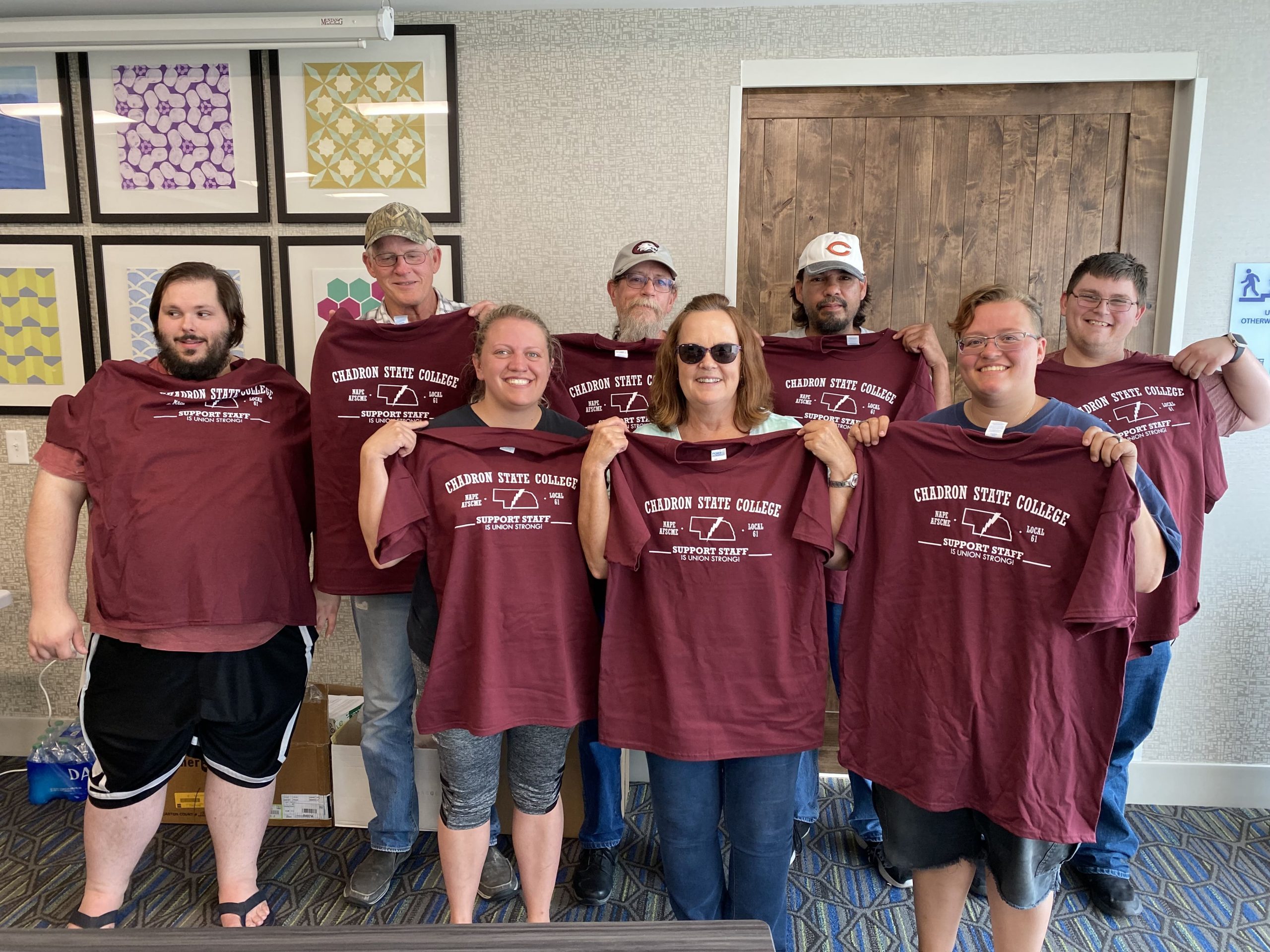 NAPE members who work in support staff classifications at Chadron, Peru, and Wayne State Colleges have been organizing and pushing to open mid-term contract negotiations with the State College System to negotiate higher wages.

With the recent historic mid-term contract agreement reached between the State of Nebraska and NAPE/AFSCME, NAPE members at the State College system have argued that they too are suffering from critical staffing shortages and low wages have prevented the hiring of qualified employees into vacant positions. NAPE has demanded to bargain over wages. The State College System has indicated a willingness to discuss wage increases contingent on legislative support for funding.

NAPE membership among support staff at Chadron, Peru, and Wayne State College has grown over 30% this year. Our power to negotiate wages is directly tied to a strong and active membership. State college support staff are encouraged to learn more at upcoming on campus meetings. Free lunch will be provided, and employees can flex their lunch hour to attend by asking their supervisor for permission to flex their lunch. Campus meetings will be held as follows: