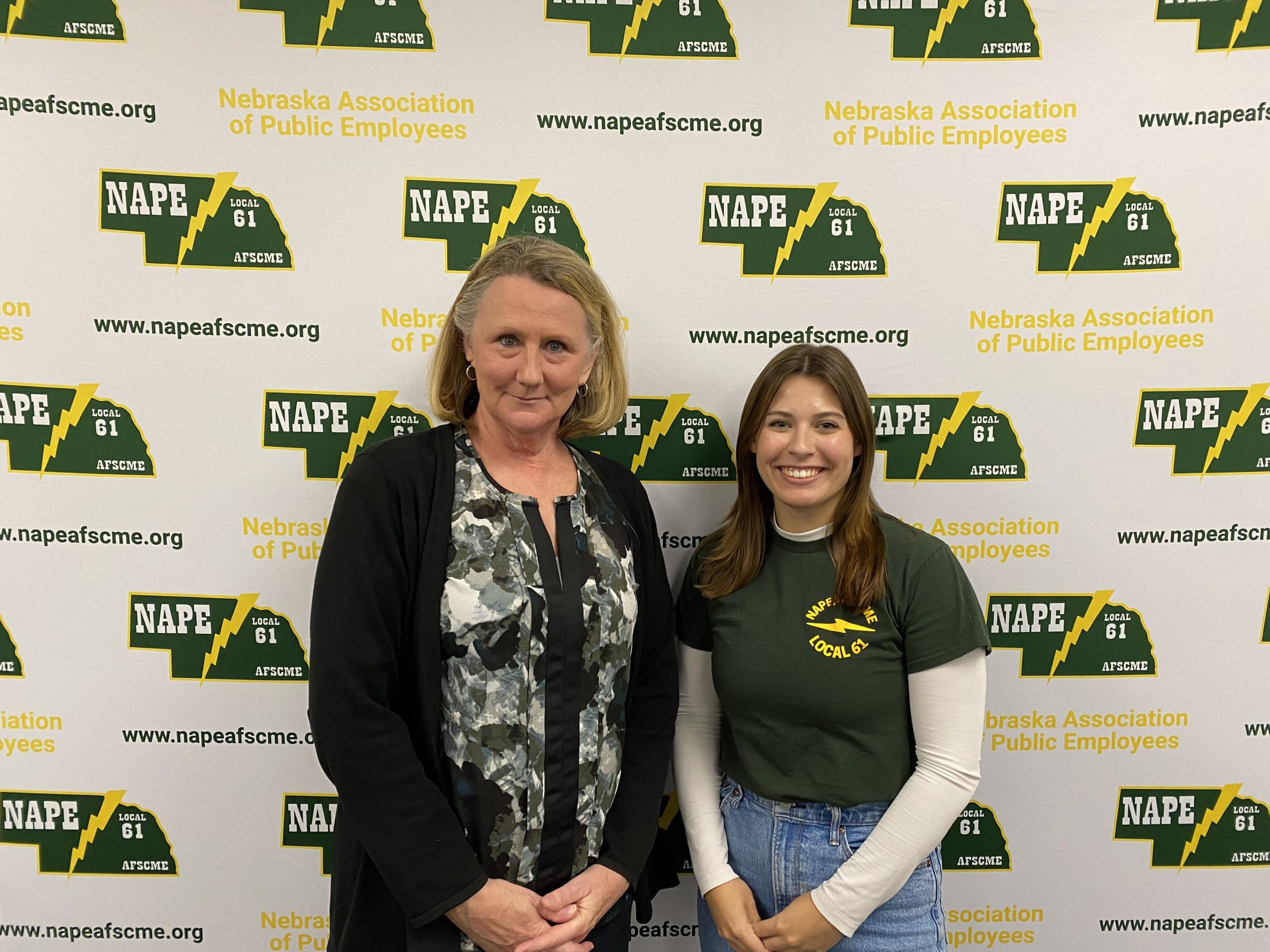 NAPE/AFSCME Member Kristal Millstead has dedicated over 34 years of her professional life to the Department of Health and Human Services, working most of that time as a Child Support Enforcement Operations Specialist. Kristal has been an outstanding employee during her time with DHHS, always receiving glowing performance reviews and never being disciplined over her many years of service.

Kristal has access to confidential wage information in order to perform her job duties in a system known as CHARTS. While important to their job, Kristal and other employees have voiced concerns on this system throughout the years, including the fact that employees have access to all data in the system regardless of whether they need it for a work assignment. Kristal actually helped develop this system in the 1990’s, and she suggested implementing a security system of some kind that would notify employees when they are about to view information they shouldn’t. However, no such security edit was implemented at the time.

In March, DHHS performed an audit on the CHARTS system for the first time in over 5 years which reported any search made by employees that they did not have a business need to access. This revealed that Kristal had accessed unauthorized information 13 times since 2018. The majority of these were actually Kristal searching her own information in order to train new employees since there is no test interface. Kristal participated in a pre-disciplinary meeting after the audit, and completely owned up to the mistakes she had made. She was represented by a union steward at the meeting, who emphasized that Kristal was a long time employee with no record of discipline, and that she committed to never making this mistake again.

Despite the information provided, DHHS terminated Kristal’s employment, stating that they had a zero tolerance policy for accessing confidential information. In addition, after terminating Kristal and several other long-time employees as a result of the audit, DHHS finally implemented a security pop-up in the CHARTS system that employees had been requesting for years.

When Kristal realized the severity of the situation, she reached out to NAPE/AFSCME field staff for assistance, and a grievance was soon filed on her behalf. Our contract requires that discipline be progressive, meaning that the employee’s history of service and discipline along with the nature and severity of the infractions must be considered in determining the level of discipline. Termination was too severe of a punishment for Kristal’s first offense of this kind. In addition, discipline must be applied evenly to employees. DHHS provided information in discovery that revealed several employees in recent years had received lesser forms of discipline, like a written warning, after committing similar infractions. A Hearing Officer agreed that the discipline was not progressive or applied evenly in Kristal’s case. She was reinstated to her job with full back pay and benefits for the time she had been wrongfully terminated.