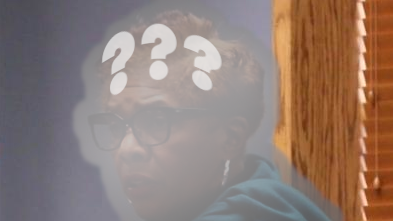 While a lot has changed in the world since February, NAPE has continued our effort to overturn the DHHS “business casual” dress code that some of our members are still being required to follow, even though the agency formally rescinded the policy in February. After a number of delays, the grievance finally proceeded to an arbitration hearing on August 10.

At the hearing, NAPE members from Lincoln, Center, and Scottsbluff testified to inconsistent requirements, inconsistent enforcement, and the unreasonableness of the requirements. Some workers are required to wear business casual clothing, while other workers in the same office can wear casual clothing. One worker was threatened with being sent home, while her colleagues were allowed to stay in casual clothes. NAPE argued that these requirements are a violation of our contract because they are unreasonable and they were not negotiated as required by law.

DHHS Deputy Director Karen Heng testified that she believes the 2017 dress code requires business casual attire for all employees, that she is unaware of any DHHS employee who is allowed to wear blue jeans and other casual clothing, and that the change would not cost employees any money.

When NAPE called CEO Smith to testify, she refused to appear. CEO Smith defied the arbitrator’s subpoena and order. NAPE asked for a continuance to consider its options to enforce the subpoena. While NAPE could have gone to Lancaster County District Court to enforce the subpoena, we decided to complete the hearing without her testimony. The overwhelming majority of the testimony supports our argument, and CEO Smith’s choice to ignore a subpoena helps our case more than it hurts. Our members have been living with these unreasonable requirements for long enough, and we did not want any more delays.

On August 20, the hearing officially closed. NAPE and DHHS have until October 1 to submit post hearing briefs, and the arbitrator expects to render a final binding decision by the end of October. NAPE will continue our efforts to enforce our contract.

CEO Smith’s actions speak volumes to the level of respect she has for our contract and her employees. While others testified that she was trying to “professionalize DHHS” with the proposed dress code changes, apparently professionalism doesn’t apply to her when placed under a lawfully issued subpoena.

When we sit down at the bargaining table next month, let’s remember that Dannette Smith earns six times the salary of frontline DHHS workers. Would CEO Smith require business casual clothing if she made $11.99 like our Case Aides that are being hurt by her unreasonable policy?