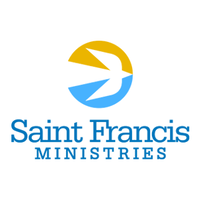 Saint Francis Ministries, a Kansas-based non-profit, holds a contract to provide services for DHHS’s Division of Children and Family Services (CFS). NAPE believes this is not appropriate. The wellbeing and safety of young Nebraskans should be in the hands of employees of the State of Nebraska, not private-sector workers.

Many of our DHHS members are familiar with the relationship between private contractors and CFS. The story is that in 2009, CFS outsourced the responsibility of keeping Nebraskan children safe to five private contractors, or one contract for each of the five service areas. Within the first year, all but one contract had been taken back or lost. At that point, only the Eastern Service Area, which is made up of Douglas and Sarpy counties, was still in the hands of a private organization. Frustratingly, an audit conducted by the State of Nebraska in 2012 determined that these private contractors had spent millions of more taxpayer dollars than expected. To make matters worse, an independent evaluation in 2014 conducted by Hornby Zeller Associates, Inc. determined that this outsourcing of State of Nebraska jobs ultimately “caused disruption and dissension…within the community without obvious benefits to children and families.” It’s important to mention that the Eastern Service Area, though still private-sector, has not fared much better.

Despite being the only contract to survive longer than a year, the organizations that have held this contract have continued to fall short of expectations. Until recently, the contract was held by the non-profit PromiseShip. In an independent report about this contract, consultant The Stephen Group found in 2019 that this privatization effort was able only to “achieve comparable cost and performance outcomes to the other four in-source service areas.” In other words, a large number of State of Nebraska DHHS jobs were outsourced to a private contractor without producing “any measurable benefits,” to borrow the language of the assessment. This is not only bad for Nebraska but also a detriment to our union. This privatization effort removes many potential union members from state employment. Given our strong union presence within DHHS, the loss of these potential members is harmful to our mission of strengthening our collective voice in the workplace. To make matters worse, the employees of these private contractors aren’t unionized, so these individuals aren’t even given the chance to collectively bargain to improve their working conditions, wages, and benefits; unlike our members, they are stuck with what their organization chooses to give them. Without even touching on allegations that the current contract holder, Saint Francis Ministries, underbid the State’s request for proposals, it is clear that outsourcing these state jobs has been a failure.

NAPE believes that the shortcomings of these private contractors are not even the core issue. What is really at stake is much more serious: accountability. The real problem with outsourcing CFS jobs to private-sector workers is that, unlike their State-employed counterparts, employees of a company such as Saint Francis Ministries are not accountable to the taxpaying citizens of Nebraska. You might hear people bring up the non-profit status of Saint Francis Ministries in this discussion as if it makes a difference. From our point of view, this is not the case. Whether a given organization is non-profit, not-for-profit, or for-profit does not change the fact that its private-sector status means it is not held to the same accountability standards as DHHS and all the other taxpayer-funded State agencies. Putting the wellbeing and safety of the children of Nebraska into the hands of such an organization is inappropriate at best. At worst, it has potentially perilous consequences for our at-risk youth. It’s our position that DHHS must stop outsourcing CFS jobs to the private sector. This is not only in the best interests of the State of Nebraska, but it is the only way to ensure that the children of Nebraska receive the attention and care that they deserve from accountable employees.

Contact your state senator and tell them to stop outsourcing CFS services to private contractors like St. Francis Ministries.