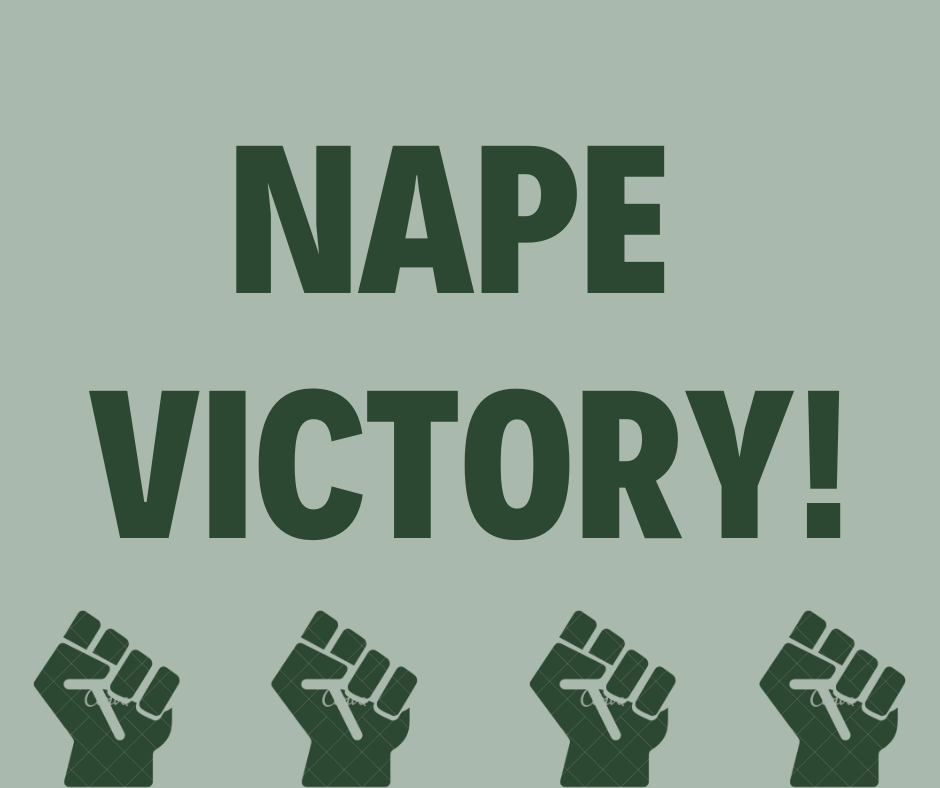 On December 12, 2021, the Department of Health and Human Services announced that Saint Francis Ministries will no longer provide child welfare case management services in the Eastern Service Area (Douglas & Sarpy counties). These services will be transitioned back into the hands of the DHHS Division of Children and Family Services over the next few months. After years of lobbying and recent public pressure, NAPE members can take pride in this victory for public sector workers! Former SFM employees who accept a job with the state are now eligible to become NAPE members!

It has always been NAPE’s position that it is never appropriate to outsource state jobs to the private sector. With that in mind, the situation with DHHS and Saint Francis Ministries was particularly egregious. First, this privatization effort meant that each of these union-covered state jobs was turned into a non-union-covered private-sector job. Much more importantly though, when the state outsourced these jobs, the safety of young Nebraskans was taken out of the hands of the state employees and given to a private company with no direct accountability to the taxpayers. By transitioning these jobs back into NAPE covered state positions, the children of Nebraska will now receive the attention and care that they deserve from dedicated state employees who are directly accountable to the taxpaying citizens of Nebraska.

This victory marks the end of a decade-long battle for NAPE. The State of Nebraska originally outsourced all five of its Services Areas to private contractors in 2009. Within a year, four of the five private contracts had clearly failed. The Eastern Service Area contract with Saint Francis Ministries was the last bastion of the era of privatizing Children and Family Services jobs in Nebraska. Its downfall serves as a symbol of the return to the time when only employees accountable to the taxpayer are responsible for keeping the children of Nebraska safe and sound.