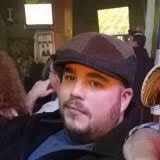 NAPE member Shawn Paillot is a Developmental Disabilities Community Coordinator Specialist with DHHS. Shawn currently works from home because of an accommodation under the Americans with Disabilities Act. Due to his situation, Shawn’s accommodation was re-evaluated on a month-to-month basis. In January, Shawn was told by DHHS HR that his accommodation would not be extended beyond February. Shawn did the right thing and reached out to NAPE right away.

When NAPE staff looked into Shawn’s situation, things didn’t add up. Shawn was told that all Service Coordinators were being required to return to the office. At that time, however, several Developmental Disabilities staff, both within Shawn’s job classification and others, were working from home. In other words, DHHS was in fact accommodating certain employees. When Shawn brought this to the attention of HR, he was told he would be required to return to work because the work he had been doing was coming to an end. This was also not true.

Shawn was ultimately given a Notice of Proposed Action (NOPA) from DHHS informing him that the agency was contemplating terminating his employment because he was unable to perform the essential functions of his job after it attempted to reasonably accommodate him.  At the interactive NOPA meeting, Shawn wisely brought a NAPE representative with him who presented the fact that not only was the work he had been completing not coming to an end, but that others working from home in Shawn’s classification. That very same day, Shawn received notice that the NOPA had been withdrawn and that his reasonable accommodation would be extended.

Shawn handled his NOPA situation perfectly: he contacted NAPE right away, created solid documentation throughout the process, and brought his representative to his NOPA meeting. Following these steps can make the difference between keeping your job and termination. If you or a coworker ever receive a Notice of Proposed Action (NOPA), please contact the NAPE office right away.