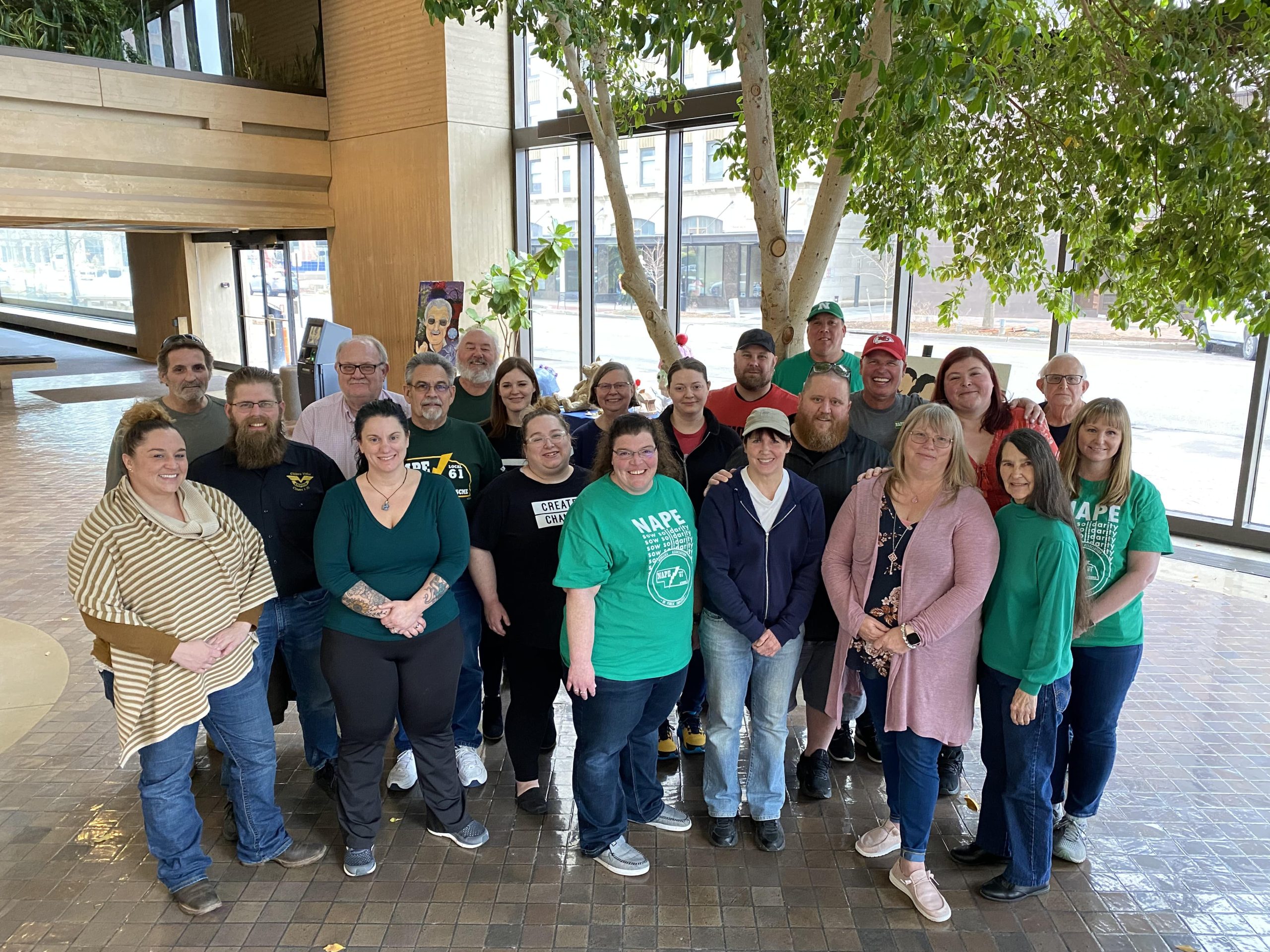 The NAPE/AFSCME Board of Directors met in Lincoln on June 11 for its regular quarterly meeting. The Board heard committee reports and conducted a lengthy business agenda. Below are highlights of the actions the board took at the meeting.

The BOD heard reports from its regular standing committees. The Executive Committee held two meetings since the last BOD meeting. The Executive Committee is charged with making decisions on behalf of the BOD between meetings. The Membership Committee reported that membership growth continues at a record pace. Over 900 state employees have joined NAPE in the past 12 months. The Membership Rights Committee reported that grievances have continued to be filed at a higher than normal rate, however, we have prevailed in more than 80% of those cases. The Elections Committee reported the results of the bargaining conference and AFSCME delegate Assembly elections. The Government Affairs Committee shared its plan to invite all candidates for Nebraska Legislature to interview with the committee later this summer.

The Board was presented with a draft budget for Fiscal Year 2023 by Treasurer Jay Jensen (NDOT – Omaha) and Executive Director Justin Hubly in accordance with the bylaws. The Board discussed the budget at length and offered amendments. The Board approved the amended budget, which is balanced for the fourth consecutive fiscal year. NAPE has ended the last three fiscal years with balanced income and expenses and has received praise from our independent auditors for our financial management. Financial statements are always available to the membership for review at our headquarters.

The Board set its quarterly meeting schedule for fiscal year 2023 and discussed how it will fill a vacancy and an anticipated vacancy on the board. The Western Nebraska Representative position is currently vacant, and the Board decided to post the vacancy in the July newsletter and have the Executive Committee conduct interviews and make a recommendation to the Board at its next meeting. The same process will be followed upon the retirement of Deb Romanek for the Department of Education Representative position later this summer.

The BOD reviewed our legislative platform and our lobbying contract for fiscal year 2023. The BOD also reviewed pending litigation including the DHHS Dress Code lawsuit, which we are defending ourselves in the Court of Appeals. Other litigation includes a prohibited practice case against the Board of Parole and mandatory bargaining in Richardson County.

The board also discussed the success of our salary calculator which over 2,000 state employees have already used in the past month and our spring town hall meetings and worksite visits that were attended by more than 600 state employees. The Board also finalized plans for the biennial bargaining conference in July.