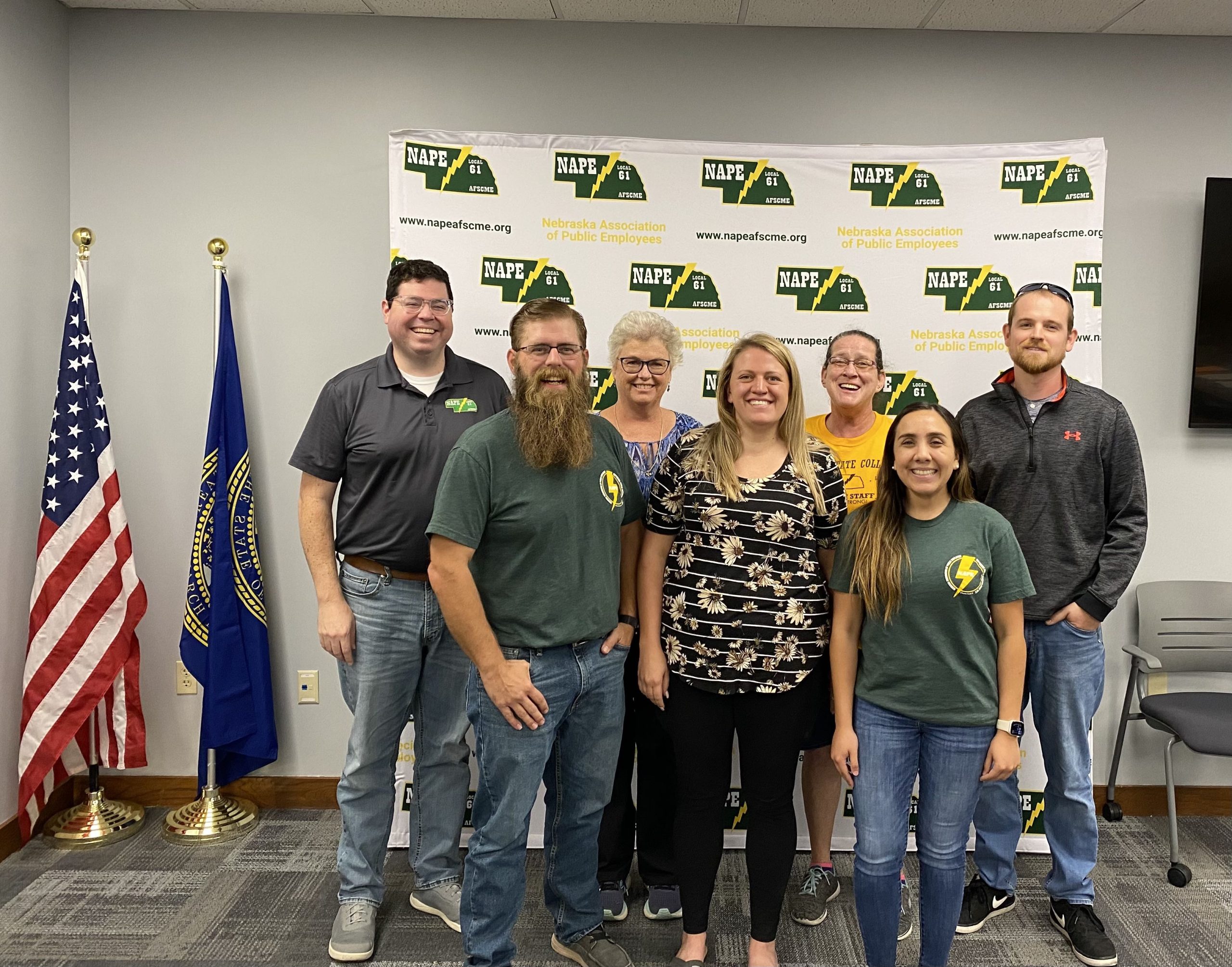 NAPE/AFSCME members elected by their peers from the support staff at the Nebraska State College System began contract negotiations with representatives of the Board of Trustees in September in Lincoln.

After exchanging proposals and clarifying each other’s positions and rationale, the teams got right to business. Our union proposals were based on the priorities set by our members at Chadron State, Peru State, and Wayne State Colleges. These priorities include a step pay plan that advances members annually instead of five year increments, increases to sick & vacation leave, paid parental leave, additional recognition for certification programs, and more.

At the first bargaining session our negotiations team was able to reach tentative agreements on a number of language issues, including a tentative agreement that will prohibit management from forcing NAPE members to flex their schedule to avoid overtime payment. Our team also made progress on our sick and vacation leave proposals, and the State College System has taken all of our proposals under advisement.

The groups scheduled our next negotiations session in November to allow the College System ample time to cost and consider our salary proposal. All State College System support staff are invited to attend a lunch meeting on campus to learn more about our progress. Meetings will be held as follows: