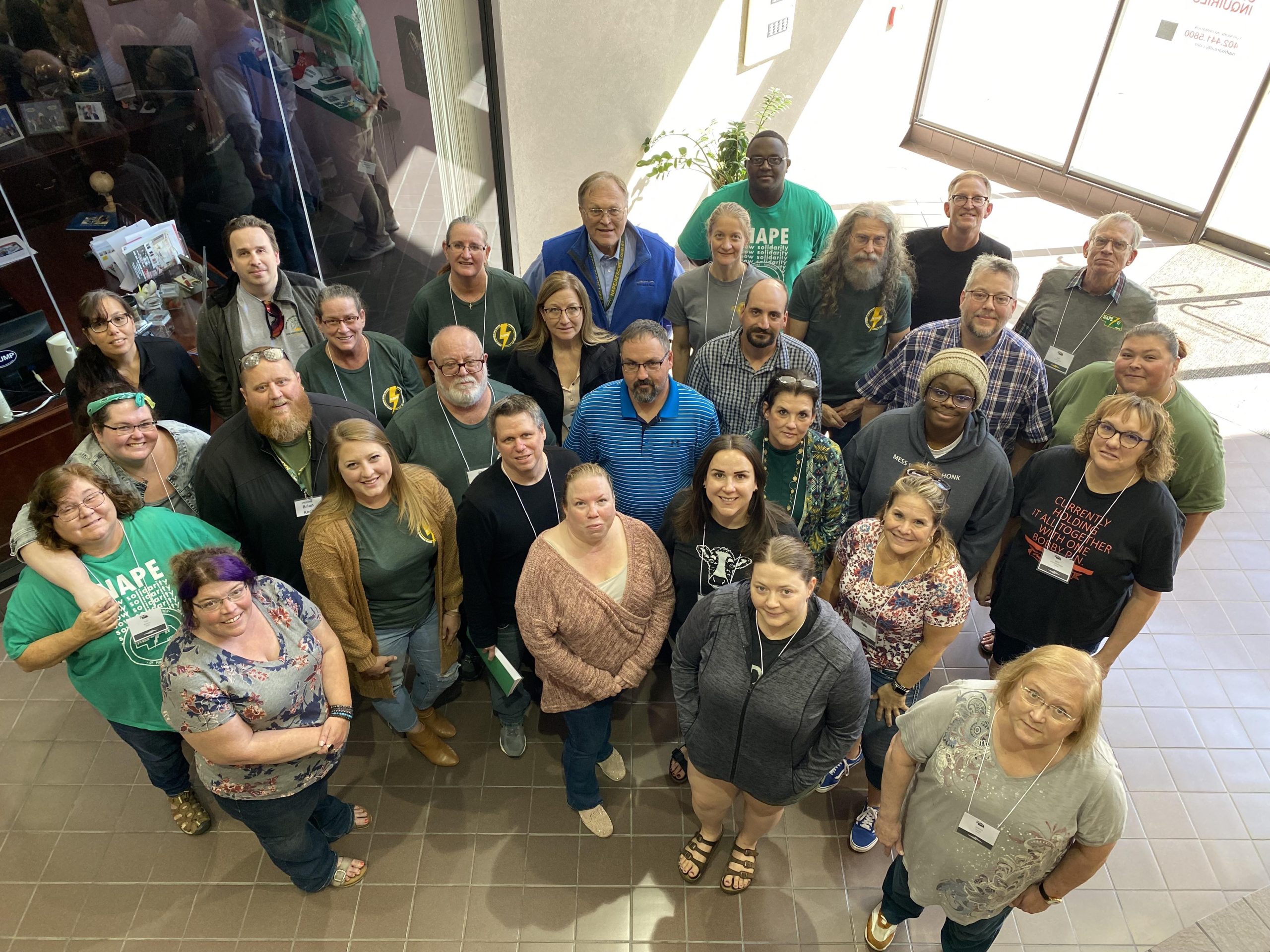 Our union began contract negotiations with our largest membership in twenty five years. NAPE/AFSCME set a goal to have more than 2,000 active members by the time negotiations began, and after a successful organizing push in September we have surpassed our goal.

Members of the NAPE/AFSCME negotiations team visited 20 worksites in September alone to update state employees about the status of negotiations. The team was joined by volunteer member organizers (VMOs), who took time off of work to talk to their co-workers about the union, sign up new members, and organize ahead of the negotiations.

“We talked to as many of our co-workers about the power of our union as we could,” said Brandon Brown, a negotiations team member and a senior revenue agent with the Nebraska Department of Revenue from Lincoln. “We’re not just signing up new members, we’re getting ready to win at the negotiating table.”

“The state remains critically short-staffed at many agencies and investments are needed to make sure that critical services continue uninterrupted,” said NAPE President Melissa Haynes (DHHS – Fremont). “Our members worked tirelessly throughout the pandemic and now is the time to invest in them.”

A union is a group of employees who unite together for mutual aid and benefit, primarily through contact negotiations. It’s an organization that state employees must invest in, not a service that is received.  Over 2,000 employees decided to become a union member and stand united in the fight for higher wages and better benefits. If you are not yet a NAPE/AFSCME member, will you join us today?