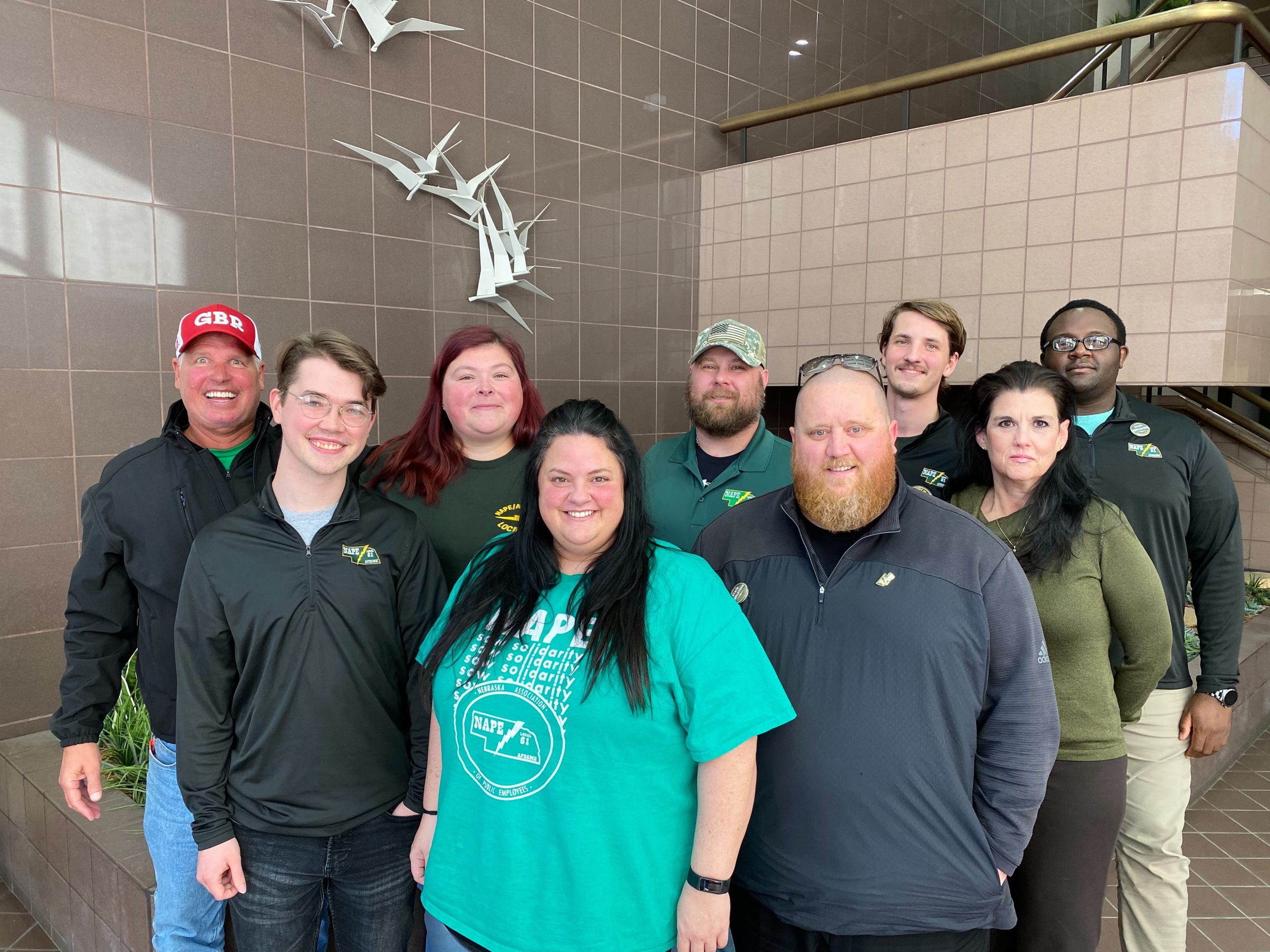 Union members elected to our negotiations team began contract negotiations with the State of Nebraska in September. Our team is committed to the priorities voted on by union members including salary increases that outpace inflation, early retirement incentives, paid parental leave, greater pay out of sick leave, bilingual premium pay, access to remote work assignments, and limitations on mandatory overtime assignments.

While negotiations started positively, the process slowed in November as Governor Pete Ricketts deferred wage negotiations to Governor-elect Jim Pillen. Our team returned to the bargaining table on November 30, 2022 to meet with representatives of the governor’s office. The governor’s representatives presented our team for the first time with a counter proposal to our initial wage proposal that we delivered in September.

The State’s counter proposal was to freeze the minimum salary of all job classifications at their current rates through June 30, 2025. With critical vacancy rates at many state agencies, inflation over 7%, and a record state revenue surplus, this offer is unacceptable.

Our negotiations team explained to the State that their counter proposal was a non-starter, and suggested that they review our initial proposal which was well-researched and would position the state to be able to fill vacancies and retain workers who provide critical services to our fellow Nebraskans. We agreed we could make no progress until a more realistic offer is presented. We plan to meet again on Friday, December 2.

All NAPE/AFSCME contract covered employees are invited to attend a short virtual meeting on Monday, December 5 at 7pm central/6pm mountain to hear the latest update from the negotiations team. Please register for the virtual meeting by clicking here: bit.ly/napewebinar.

It is now more important than ever for members to participate in NAPE/AFSCME Action Days to show your solidarity and support of the negotiations team. We can’t be successful without you! Do your part and Wear Green On Wednesdays and Wear Stickers On Fridays to work in December. Be sure to send pictures of you and your colleagues to invest@napeafscme.org and post on social media with the tag: #InvestInStateEmployees.
If you are not a NAPE/AFSCME member, now is the time to become a union member and stand with us. Do you want a fair salary increase? Are you ready to unite with your coworkers to demand better benefits? We need you to join us and reject a salary freeze.