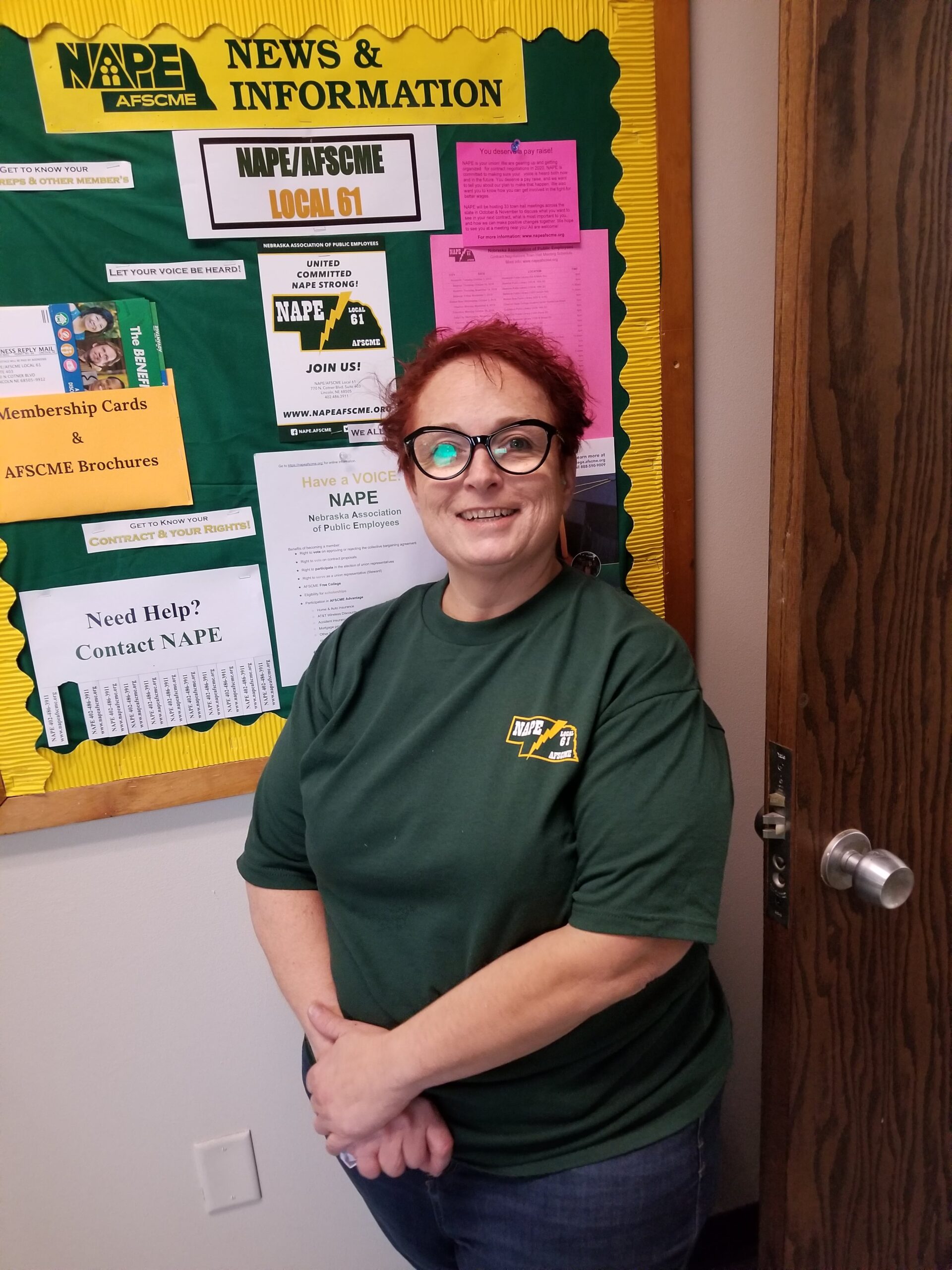 Veteran DHHS Social Services Worker, and NAPE member, Angel Murtaugh was terminated after a DHHS client filed a complaint with the agency, alleging that Angel delayed the processing of SNAP benefits and treated the client disrespectfully. The client demanded that Angel be fired, and DHHS obliged.

Angel filed a grievance challenging the termination on a number of grounds. First, NAPE argued that there was no delay in the processing of SNAP benefits because the case wasn’t assigned to Angel for the two week period the case was alleged to have been delayed. Second, the client alleged that Angel refused to return her phone calls. The evidence showed that Angel was transferred to a new office location, management did not provide her with an office phone, and she could not access her voicemail at her new office despite multiple requests to get the issue fixed. Third, all the communication with the client was done by e-mail. The client took issue with the fact that Angel needed to verify whether an arrest resulted in a felony drug conviction. The client said Angel’s e-mails were disrespectful, but the evidence showed that Angel politely communicated with the client to get the information she needed. Finally, DHHS held two different pre-disciplinary meetings, added a charge of violating confidentiality, and took no action for over three months before terminating Angel’s employment.

After a lengthy arbitration hearing, the Arbitrator ruled that Angel’s interactions with the client were professional, that any delay in processing SNAP benefits was not due to any fault of her own, and that the agency’s long delay in terminating Angel’s employment was counter to its argument that Angel could not be trusted to provide quality customer service. The Arbitrator ordered Angel be reinstated to her position and paid back pay and benefits from the time of her termination to her reinstatement.

If you find yourself in a situation where you might be disciplined, it is important for you to get quality advice and representation. Contact us right away to determine the best path forward.