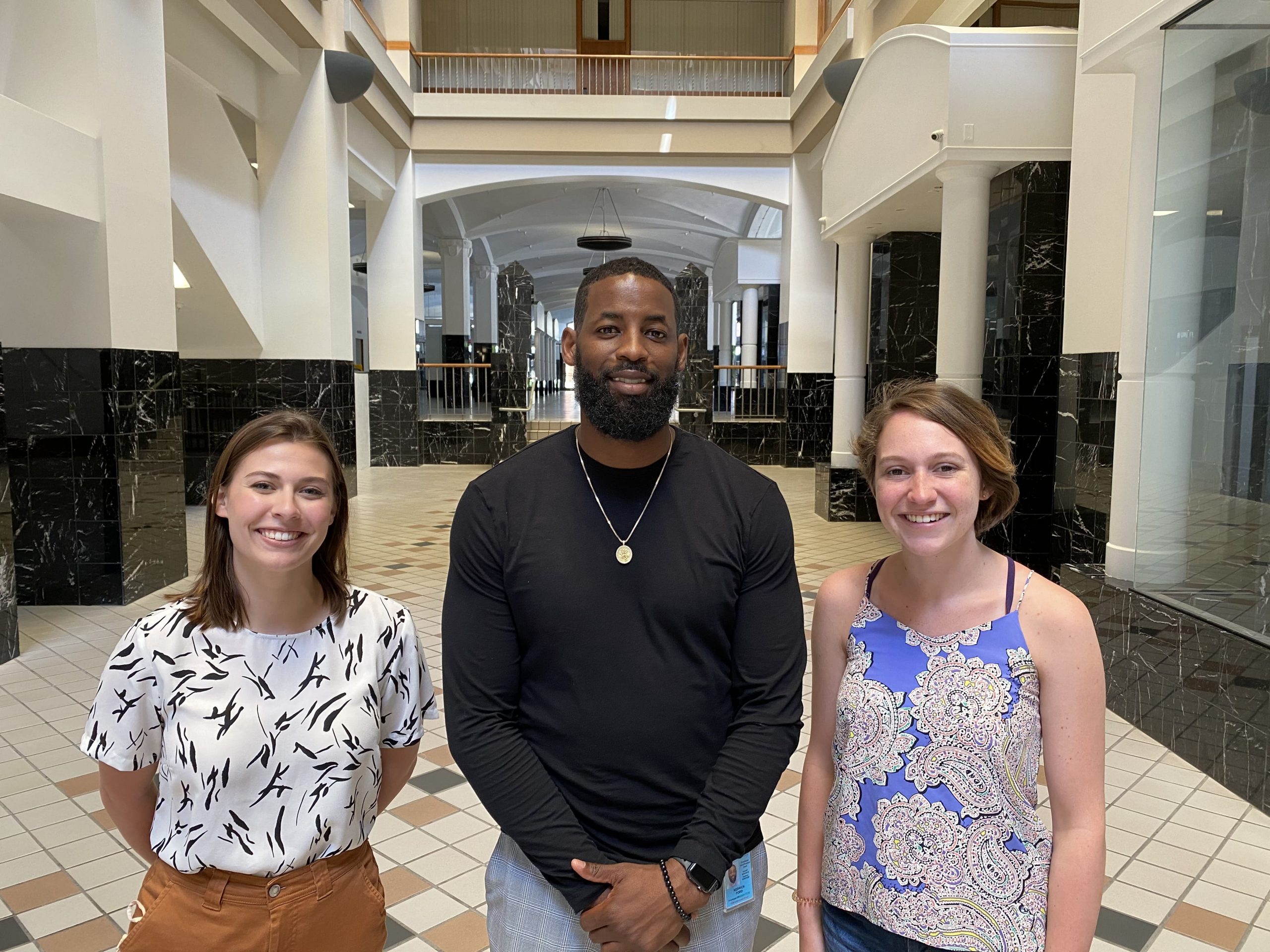 Developmental Disabilities Service Coordinator, and NAPE member, Kedrick Ford was disciplined with a two-day suspension and six-month disciplinary probation by the Department of Health and Human Services based on allegations of inappropriate behavior in the workplace. Kedrick denied the allegations from the start and reached out to NAPE for help right away.

NAPE steward Ashlie Thompson was eager to help her colleague fight these false allegations and filed a grievance on Kedrick’s behalf. Thanks to workplace leaders like Ashley, NAPE is able to better support our members against wrongful discipline.

In the investigation of Kedrick’s alleged behavior, DHHS failed to meet its burden of proof. Although the agency lacked reasonable evidence to discipline Kedrick, they proceeded with the discipline anyway. Although the grievance process can be taxing, NAPE stood by Kedrick as he powered through and continued to admittedly deny the allegations every step of the way.

At arbitration, the agency failed to call the sole eye-witness to testify about the allegations, so the arbitrator was unable to judge their credibility. Instead, DHHS attempted to prove its case solely on the basis of the findings of their investigator who had failed to follow up on obvious inconsistencies in their original investigation. Kedrick’s supervisor also testified that she had no involvement with the investigation leading to discipline and did not speak with any witnesses or the investigator before imposing discipline.

The arbitrator ruled that the alleged behavior did not occur and that imposing discipline on Kedrick violated our contract because there was no just cause for discipline. Kedrick was paid back wages for the two-day suspension served and the probation and disciplinary record were vacated and removed from his personnel file.

If you find yourself facing a potential disciplinary action, contact us right away for advice. A major benefit to being a NAPE member is access to our professional staff and legal services team in situations where you may need to protect your career. Had Kedrick not had NAPE representation, it would have been difficult to defend against these false allegations.