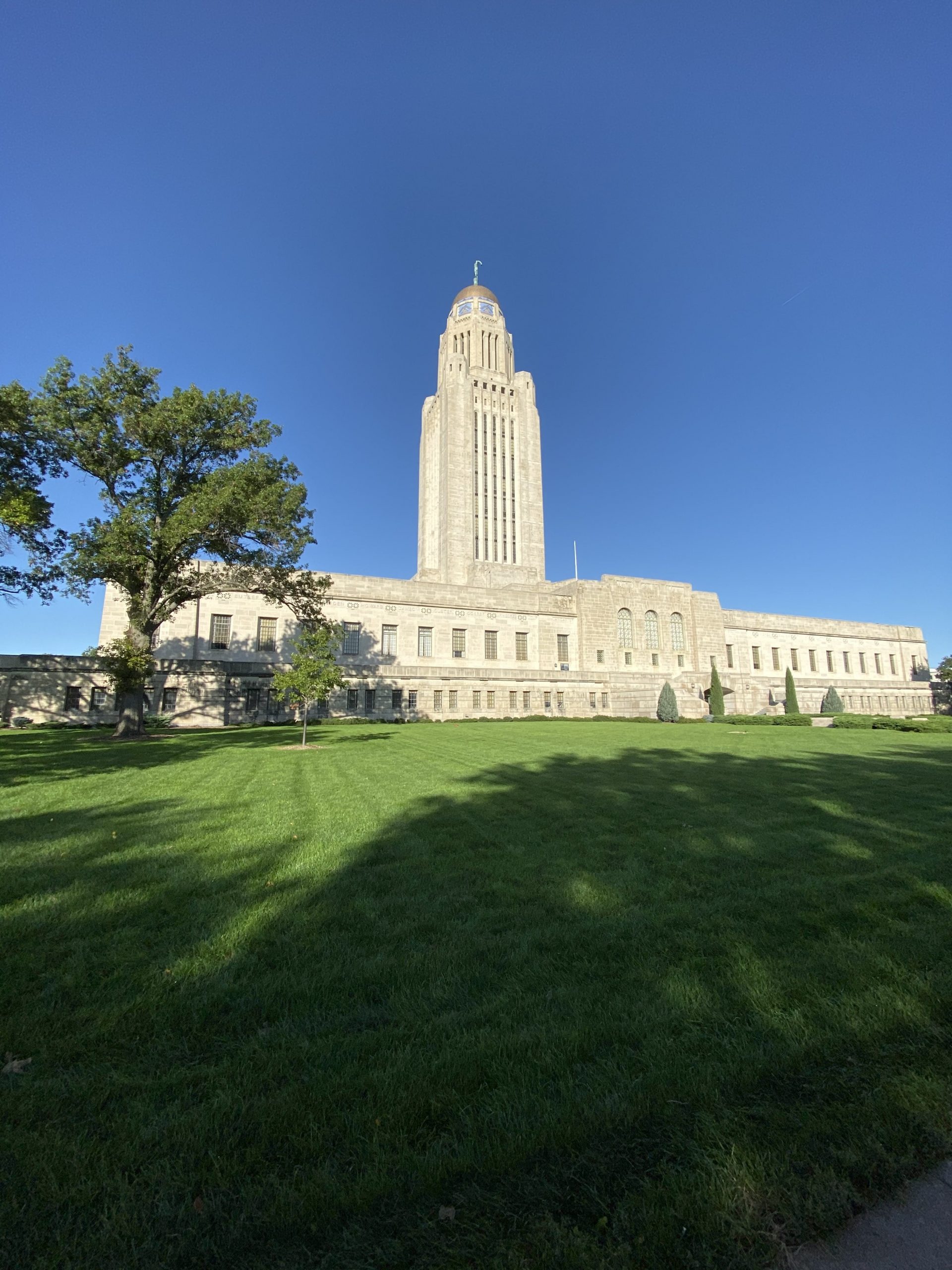 The 107th Legislature, First Session adjourned sine die on May 27, which was 6 legislative days earlier than anticipated. When Speaker Hilgers announced the earlier adjournment, his rationale was because of the necessary special session in the fall, related to redistricting, that will bring senators back to Lincoln. He also mentioned the need for a true interim for senators. In describing the true interim, he indicated that legislators did not have a true interim last year because of the pandemic. Speaker Hilgers encouraged senators to “think big” over the interim and to come back with big plans for the state in 2022.

The number one priority in each first year of the biennium budget cycle is ensuring that our NAPE contract is fully funded, which Governor Pete Ricketts included in his original budget and the Appropriations Committee included in the final bill which was approved. Salary and health insurance increases amount to $17.5M in FY 2021-22 and $33.6M in FY 2022-23 or a total of $51.5M over the biennium. This includes full funding for the step pay plan.

For the most part this session, we monitored other legislation outside of the budget with one exception. LB 213, which called for an efficiency review of state agencies introduced by Senator Briese (Albion). The efficiency study would have been conducted by a consultant at a significant cost. Executive Director Justin Hubly testified in opposition to the bill due to its cost and state employee’s ability to address inefficiencies directly. The bill did not advance from the committee.

Key legislation that passed this session, included LB 206, introduced by Senator Megan Hunt (Omaha) which allows workers to temporarily leave work due to family caregiving needs related to a serious illness, but are seeking to return to work, to be eligible for unemployment benefits. We worked with a coalition supporting the bill to prepare for a potential veto, but we were pleased a veto override was not needed when the Governor signed the bill on May 24.

Other bills of note that passed this session included LB 209 which allows for political subdivisions under a deferred compensation plan to offer employees after-tax Roth IRA contributions but specifically excludes any plans under the Nebraska Public Employees Retirement Systems. LB 255 introduced by Senator Matt Hansen (Lincoln), provides for an additional death benefit for first responders and specifically excludes any compensation for state employees per AM 680 which rewrites the bill and was adopted. LB 369 introduced by Senator Rita Sanders (Bellevue) adds statutory language that the state auditor has unrestricted access to working papers and audit files for any state agency audit report.

LB 273, introduced by Senator John Lowe (Kearney), was amended substantially by the Judiciary Committee from its original form. The original bill would allow the Office of Juvenile Services to transfer juveniles to different YRTCs without court involvement; in the rewritten form that passed, the bill sets up an emergency hearing process.

One of the key YRTC bills this session introduced by the Health and Human Services Committee was LB 428 that passed and contained several key bills. The main components include establishing education requirements and no behavioral health treatment delays for youth, requires notification to the legislature 120 days before any substantial changes to treatment centers but does provide for waiving the requirement in emergencies and requires a needs assessment and cost analysis for an inpatient psychiatric unit at the Lincoln Regional Center. Substantial changes include the establishment of a new center, relocation of a current center, or closure of a facility. Senator John Arch (LaVista) amended the bill to add language requiring reporting by DHHS to the Health and Human Services Committee on March 15, June 15, and September 15 on progress related to the YRTCs. Also of note, $125,000 was included in the budget for a building cost analysis of the YRTC Kearney campus to be completed before the end of the year (original bill was LB 426). LR 25 also passed which provided for the appointment of a Youth Rehabilitation and Treatment Center Special Oversight Committee of the Legislature. This committee will meet periodically throughout the interim.

There were not as many Business and Labor Committee bills this session because the committee chair, Ben Hansen (Blair), chose not to identify committee priority bills and has not as of yet identified interim study priorities. This is a direct result of the efforts by labor-friendly senators, to ensure the votes were not on the committee to advance bad labor-related policy. The Chair decided it was too dangerous to discuss pro-labor legislation, and so chose not to prioritize bills and not to discuss some bills in executive session. This should be considered a big win for the labor community and a big thanks to our friends on the committee: Senators Carol Blood (Bellevue), Megan Hunt (Omaha), Steve Lathrop (Omaha), and Matt Hansen (Lincoln).

In the 2021 session, the Legislature’s Revenue Committee advanced numerous bills sponsored by an array of senators that could have a profound impact on state revenue and tax policy, although the majority of those bills did not advance past first-round debate. The bills that passed this session and were signed by the Governor included LB 64, which phases out taxing of social security income which would reduce state revenues over time, LB 432 which cuts the top corporate income tax rate from 7.81 percent to 7.5 percent for two years and then reduces to 7.25% after Jan 1, 2023, reducing state income by approximately $46M annually. LB 432 also included 5 other bills: LB 680, 597, 299, 564, 254. LB 387 introduced by Senator Tom Brewer (R-Gordon) also passed and would exclude military retirement pay from state income tax as well. Bills that did not advance included LB 408, which would have capped property tax revenue growth at 3%, limiting future growth of political subdivisions.

Bottom line: the Legislature reduced state revenue significantly with tax changes and tax breaks to special interests, while not moving forward significantly this session on property tax relief. Senator LouAnn Linehan (Elkhorn), Chair of the Revenue Committee, has indicated that the committee will solicit input from the public during the interim to determine what next steps are needed to overhaul the state’s tax system because of the heavy reliance on property tax revenue to fund the state’s public schools.