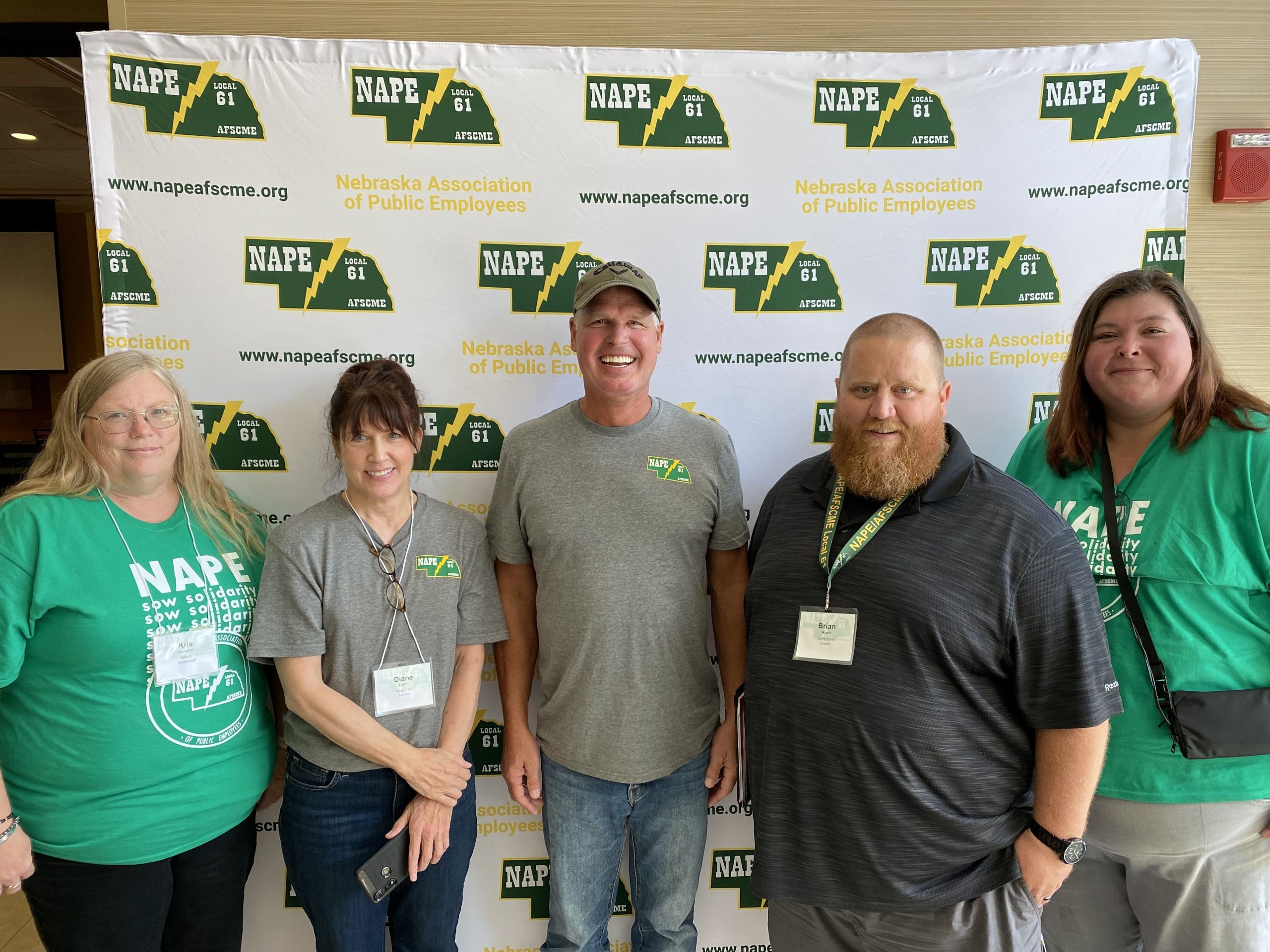 Union members elected by their fellow union members  as delegates convened in Lincoln from August 13-15 for the 2021 NAPE/AFSCME Biennial Delegate Assembly. One of the most important duties for delegates is to elect the five officers of NAPE/AFSCME Local 61. After a secret ballot election, the delegates elected new leaders.

Melissa Haynes, a six-year veteran DHHS Social Services Worker from Fremont, was elected as Chairperson of NAPE/AFSCME Local 61. Melissa has served as a steward, member of the Board of Directors, and negotiations team. She looks forward to leading the union through an exciting period of growth, and she is excited to engage with members across the state on issues that our union can help address.

Brian Koch, a seven-year veteran Workforce Coordinator at Cornhusker State Industries (Department of Corrections) from Beatrice, was elected as Vice Chairperson of the union. Brian has served as a steward, member of the Board of Directors, and negotiations team. He is committed to keeping the union’s focus on our strategic plan and getting members involved in order to give workers more strength at the bargaining table.

Diane Laffin, an eight-year veteran Architectural Historian at History Nebraska from Lincoln, was re-elected to a second term as Secretary by acclamation. Diane is a tireless advocate for employees and is dedicated to ensuring our union has accurate records in order to ensure smooth operations to enable continued growth.

Jay Jensen, a nine-year veteran NDOT Senior Highway Maintenance Worker from Omaha, was re-elected to a second term as Treasurer by acclamation. Jay looks forward to continuing the work from his first term which included two straight fiscal years of balanced budgets. He is passionate about using our resources wisely in order to promote growth and strength.

Kris Rossman, an eleven-year veteran DHHS Social Services Worker from Scottsbluff, was elected as Sergeant-At-Arms. Kris has served as a member of the Board of Directors and has assisted members as a steward at the Scottsbluff Customer Service Center. Kris is excited to serve in her new leadership role, and is excited to be a voice on the Board, especially on behalf of workers in Western Nebraska.

The new officers were sworn in as the last item of business at the Delegate Assembly. They will serve a two-year term, until the next election at the 2023 delegate assembly.