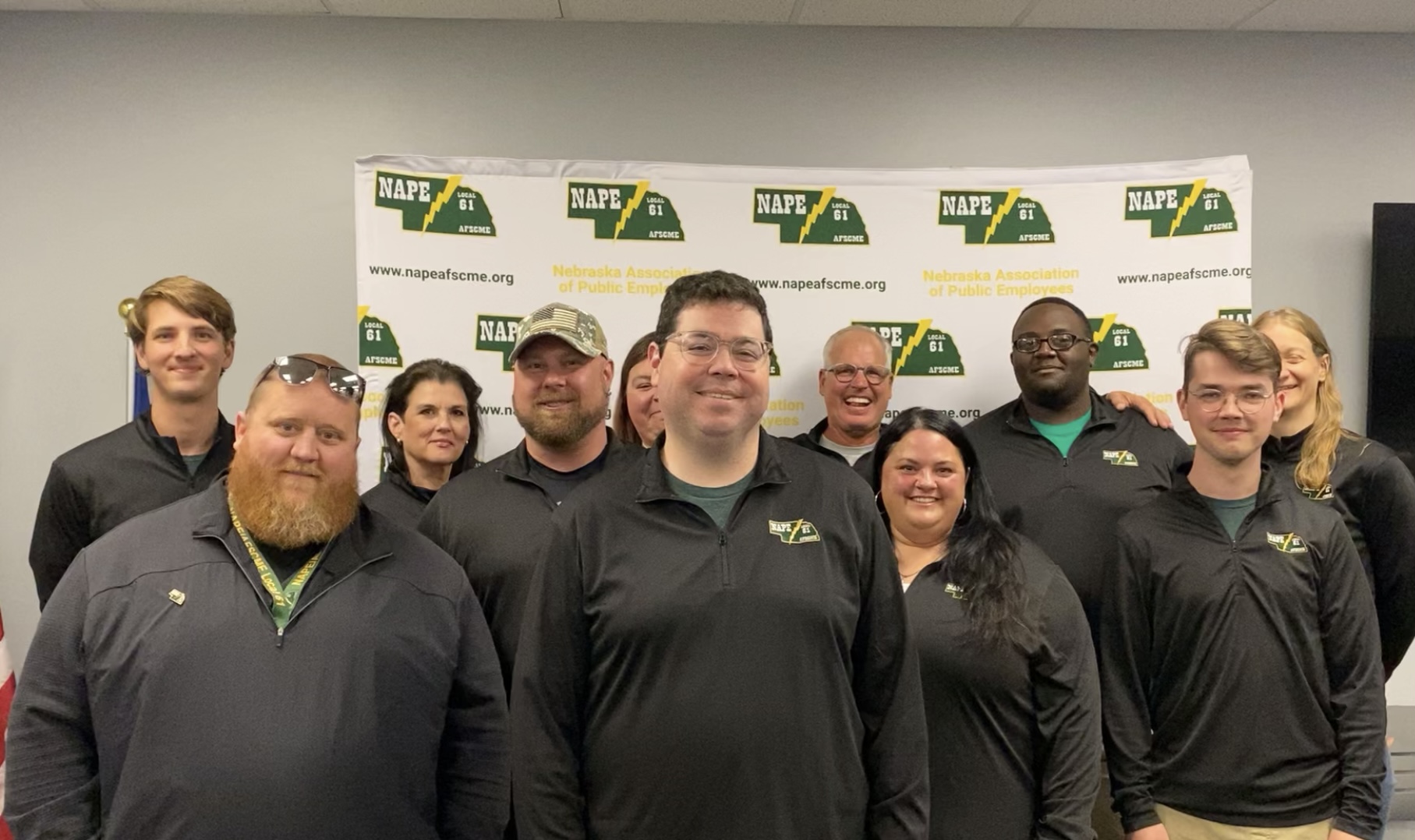 Contract negotiations began in September with the State of Nebraska.  Our union negotiations team elected by NAPE/AFSCME members began the process of bargaining our next labor contract by meeting with the Governor’s representatives in Lincoln.

So far, negotiations have been positive. After proposals were exchanged, both teams had the opportunity to ask clarifying questions and better understand the rationale behind each other’s proposals. Our union presented a robust and detailed proposal that includes the priorities set by our members. That includes pay raises that exceed inflation while taking into account years of service and satisfactory work performance, paid parental leave, access to remote work assignments, early retirement incentives, greater payout of sick leave, and more.

The State of Nebraska has presented a number of proposals including giving agencies more flexibility in hiring new employees at an above grade rate, requiring employees to return to a physical work location in order to qualify for callback pay, and changes to the grievance procedure. The State is in the process of evaluating NAPE’s salary proposal, which may take some time given the details involved. No tentative agreements have been reached on any topics in the early stages of bargaining.

The parties have scheduled three negotiations sessions in the month of October. Those sessions will be mainly focused on agency specific Appendix agreements. We will host meetings around the state to provide a more indepth update on the negotiations progress. Meetings will be held in October as follows, and all state employees are welcome to attend:

Meetings will be held in November in Fremont, Lincoln, Omaha, Norfolk, and Grand Island.