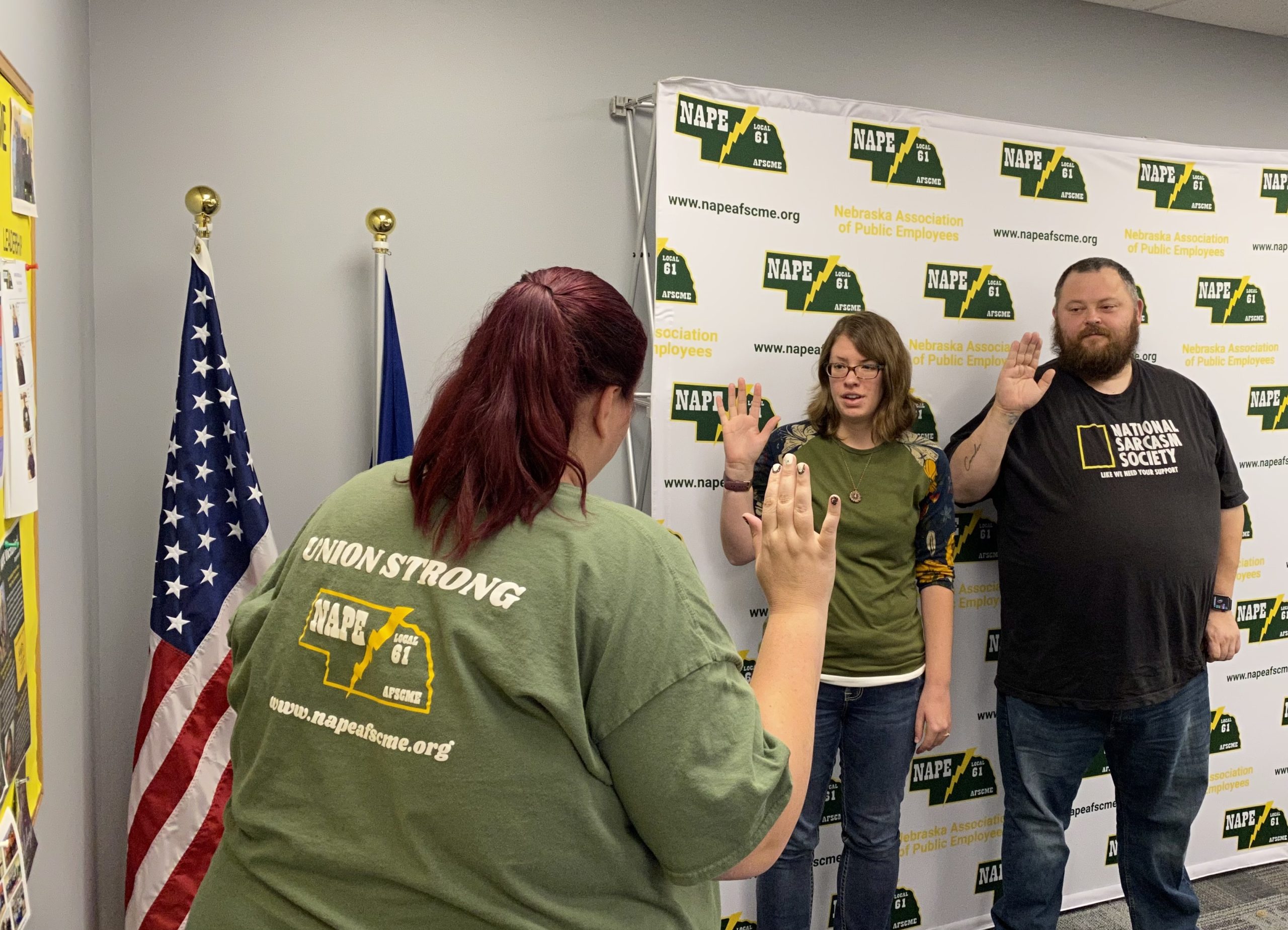 The NAPE/AFSCME Board of Directors held its regular quarterly meeting on October 22 in Lincoln. The Board heard committee reports and conducted a lengthy business agenda.

The Board appointed two members to fill two vacancies due to retirements. Katherine Knutzen (Education, Columbus) was appointed to complete the unexpired term of Department of Education Representative Deb Romanek who recently retired. Katherine previously worked for DHHS and is excited to be a voice for NDE members on the Board. Daniel Buchanan (Corrections, Lincoln) was appointed to complete the unexpired term of At-Large Representative Tom Schmitz (Wayne State College, Wayne) who retired November 1. Daniel previously served on the NAPE/AFSCME Board of Directors, has served on the negotiations team, and serves on the Government Affairs Committee. The Board is excited to have Daniel and his experience back on the Board.

Below are highlights of the other actions the board took at the meeting.

The BOD heard reports from its regular standing committees. The Membership Committee reported that our membership is at a 25 year high and continues to grow. We will continue our organizing efforts with worksite visits and meetings in the coming months as we fight for the best contract in history. The Membership Rights Committee reported that our union has prevailed in 44 of 46 grievances that have been fully litigated in 2022 and continue to represent members in over 30 pendings cases. The Negotiations team shared an update on our progress at the bargaining table and will continue to provide updates to the membership at in person and virtual meetings in November and December.

The BOD set an election schedule for Board of Directors seats that will be up for election in 2023. Twenty seats on the Board will be up for election next year and members elected will serve during the 2023-2025 term. Nominations will be accepted by email and mail from February 1 through February 17. Ballots will be mailed to members on March 3, with a return mail deadline of March 31. Members elected will take office on June 10, 2023.

The BOD set the 2023 NAPE/AFSCME Delegate Assembly for August 25-27, 2023 in Lincoln. Nominations for delegates will be accepted by email and mail from April 3-21. Ballots will be sent to members on April 28, with a return deadline of May 22.