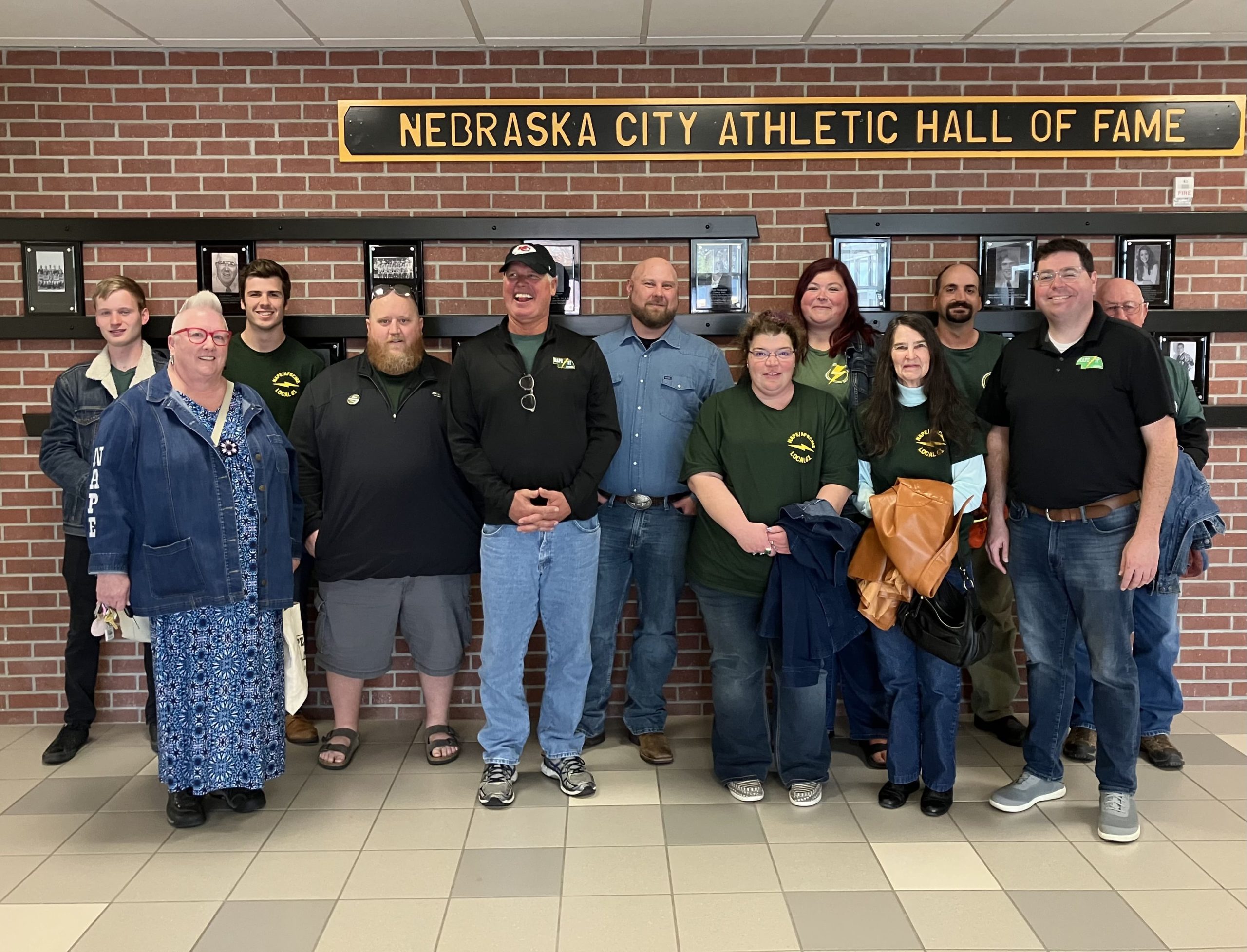 On November 2, 2022 the Nebraska Supreme Court heard oral arguments in the case of Department of Health & Human Services v. NAPE/AFSCME Local 61 in a special session of the Court held at Nebraska City High School in Nebraska City.

In December 2019, the Nebraska Department of Health and Human Services unilaterally changed its dress code by, among other things, banning denim jeans Monday-Thursday. Over 200 NAPE/AFSCME members filed a grievance alleging that DHHS violated our contract by not giving proper notice, failing to negotiate over a mandatory subject of bargaining, and implementing the new dress code in an unreasonable manner.

In early 2020, NAPE won the grievance in binding arbitration. In late 2020, DHHS filed a lawsuit attempting to overturn the Arbitrator’s binding decision. After years of litigation, the District Court of Lancaster County issued an order on January 26, 2022 that upheld the arbitrator’s decision, giving NAPE members at all state agencies a major victory. The order affirmed our union members’ rights and the state’s duty under the law to negotiate over mandatory subjects of bargaining.

The District Court rejected each of the DHHS arguments. The judge found that the arbitrator issued proper findings of facts and conclusions of law as required by our contract, the arbitrator did not exceed his powers under the contract or the Nebraska Uniform Arbitration Act, and DHHS did not meet its burden of proof. After the District Court issued its order, DHHS appealed the decision.

Sitting in Nebraska City as part of the Court’s high school outreach program, the seven justices heard oral arguments from a DHHS attorney and NAPE/AFSCME legal counsel in front of local high school students from southeast Nebraska. Dozens of NAPE/AFSCME members who took vacation time in order to hear the arguments in person were also in attendance.

NAPE/AFSCME Attorney Dalton Tietjen highlighted the Arbitrator’s specific findings that DHHS violated the contract by failing to give notice, negotiating over the changes, and implementing the dress code in an unreasonable manner. He also highlighted that our contract specifically requires agencies to implement policies in a reasonable manner. The Arbitrator made a finding in the case that DHHS failed to do so. Dalton finished by arguing that DHHS simply did not like the outcome of this case and is grasping at straws trying to overturn the decision.

The Supreme Court has taken the matter under advisement, and we expect a decision in the coming months. We will share the decision with our members as soon as it is published. The case marked Dalton Tietjen’s final piece of litigation for NAPE/AFSCME as he officially retired on August 1. We thank him for all of his efforts on behalf of our members over the years!