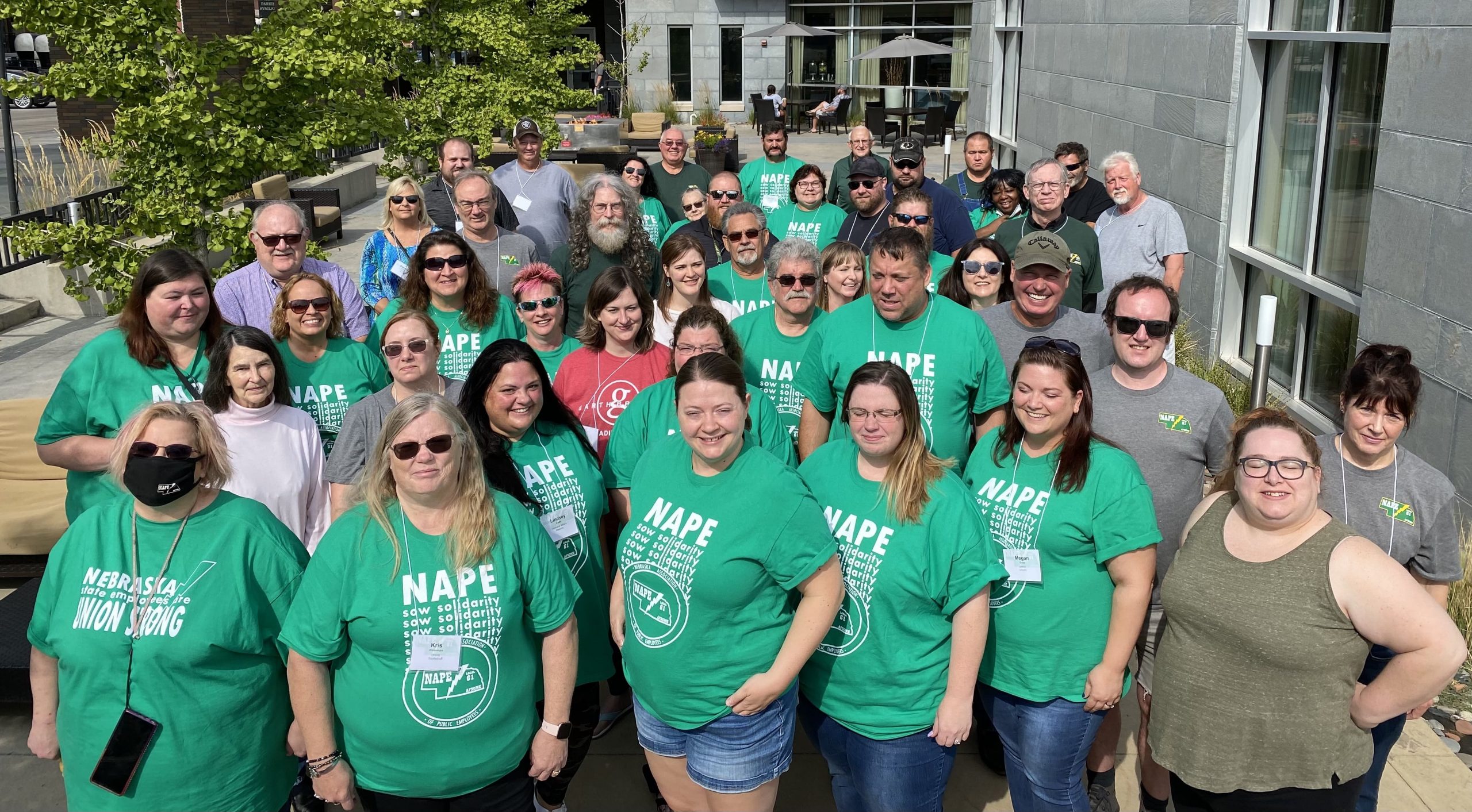 At the assembly, the delegates adopted changes to our bylaws, including allowing for virtual contract ratification meetings, changing the titles of Chairperson and Vice Chairperson to President and Vice President respectively, and other minor language changes. Delegates kept the dues rate at 1.25% of members’ salary for the seventh consecutive year.

Also in attendance at the assembly were national and local AFSCME and AFL-CIO leaders. AFSCME’s Secretary-Treasurer, Elissa McBride visited from Washington, DC and gave a keynote speech to the delegates regarding the importance of our union. The Nebraska AFL-CIO President Sue Martin also attended and addressed the delegates.

Most importantly, the delegates elected NAPE’s new officers for the 2021-2023 term:

Thank you to all who attended the assembly, and congratulations to our new officers!