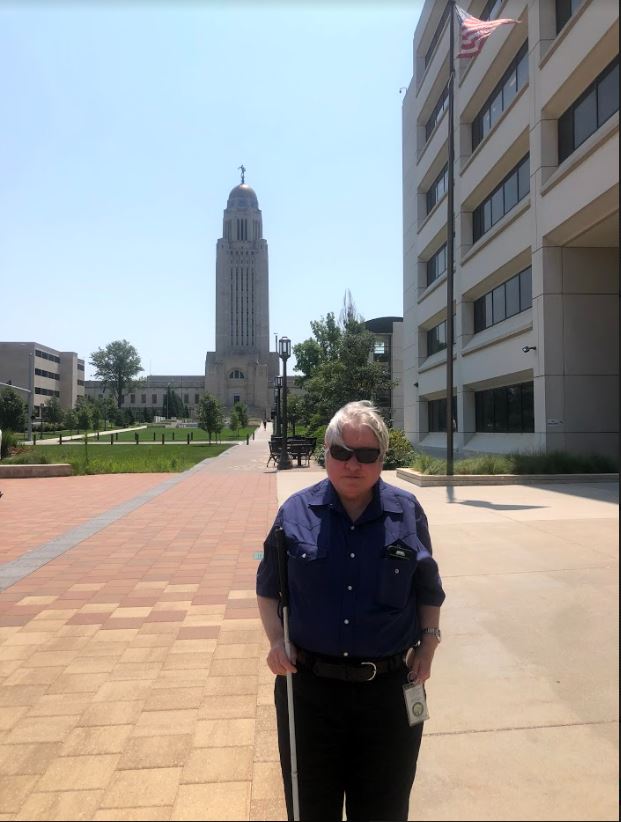 NAPE Member and Steward Evelyn Springer has recently retired after 52 years of service at the State of Nebraska and 46 years as a NAPE Member! Evelyn has been a steward since 1993 and as of July, was the longest tenured NAPE member.

Evelyn joined NAPE in 1975, shortly after our union was founded. As soon as she heard there was a union forming at the State of Nebraska, Evelyn made sure to join right away.  She wanted to ensure she had due process protections and job security as well as a voice in the decisions made at the workplace. Evelyn also comes from a strong, pro-union, family that always encouraged her to participate in a union if she got the chance.

In her time as a NAPE Member, Evelyn recognized the importance of staying involved in our union. She has been a Steward at DAS in the State Office Building for almost 30 years and attended many bargaining conferences, even serving as a member on the contract negotiations team on multiple occasions. Evelyn believes it is important for state employees to join NAPE and get involved so that everyone has the same rights, protections, and access to representation if they should ever need it.

Upon her retirement, Evelyn has plans to remain an activist member of many local organizations, including serving as a Vice District Governor in the Lion’s Club and a member of Daughters of the Revolution. She is also excited to be able to have more free time to travel.

NAPE is lucky to have had Evelyn as such a stalwart member and steward over the years. We thank her for her service and wish her the best in her retirement!